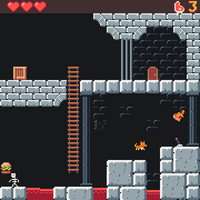 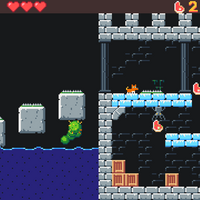 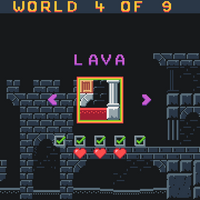 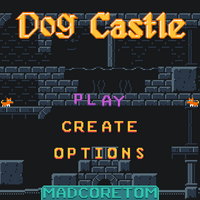 The game is called “Dog Castle”, and was inspired by Mario Maker. You play as a dog in a castle, collecting food and dodging enemies, with the ultimate goal of saving the king.

The levels and enemies are varied, with 5 worlds including a lava world, a sewer world, and a puzzle world. Enemies range from skeletons that jump at you, to bombs that can be pushed away, to chomps that bite you if you stay still for too long.

The game’s graphics were drawn in Paint.net, with a limited palette named Arcade Standard 29. The audio uses the browser’s native WebAudio API, and the code was written in Typescript, packaged with Webpack. With the code minified and all assets zipped, the game is only 45kb!

Play as a dog, in a castle!